The university as a flag of convenience 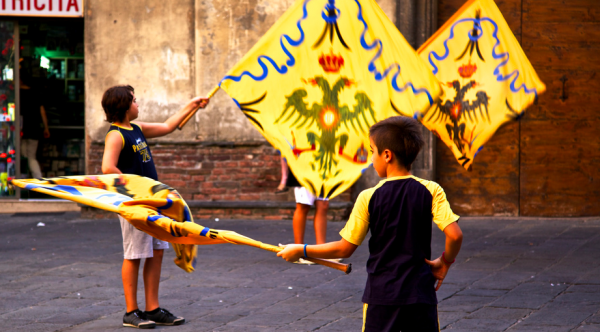 This morning, Inside Higher Ed posted an article by Steve Kolowich on students from universities around the world earning credit by participating in an experimental Stanford University course that is being broadcasted at no (additional) cost:

That A.I. course was the flagship of a trio of Stanford computer science courses that were broadcast this fall, for the first time, to anyone on the Internet who cared to log in. This made Stanford the latest of a handful of elite American universities to pull back the curtain on their vaunted courses, joining the Massachusetts Institute of Technology’s OpenCourseWare project, Yale University’s Open Yale Courses and the University of California at Berkeley’s Webcast.Berkeley, among others.

The article continues to describe the MOOC (“massive open online course”) scene, and how the online broadcasting of courses is causing institutions and students to question our traditional approaches to teaching. This is nothing new, as these activities have been going on for at least a decade. BUT, toward the end of the piece, Kolowich strikes gold:

“I don’t think its significant that ‘Stanford’ is doing this, I think it’s significant that [Stanford Professor] Peter Norvig is doing this,” says Michael Feldstein, a senior program manager for Cengage Learning and author of the popular education technology blog e-Literate. “He’s essentially using his reputation in the field to provide his stamp of approval on a student’s performance, independent of his institution.”

This raises the question, are we starting to see a shift away from organizing higher education around institutions, and instead reorienting toward a greater focus on individuals? Where we see the knowledge and expertise of individuals emerge and shadow institutions, will particular universities be sought out as mere flags of convenience for nomadic (knowmadic) faculty and their students, who, likewise may not be fully connected with a particular institution?

For non-elite universities, this presents a challenge. Unable to attract “top shelf” faculty, they will likely not be able to collect as much attention or potential revenue from MOOCs and other online initiatives. Instead, I predict they will pursue one of two pathways:

For talented faculty at non-elite schools, can they afford such affiliations any longer?