Fox News recently delved into the realm of the bizarre and ultra-hysterical with their new program, Glenn Beck’s “War Room.” The program does a disservice to the futures field by focusing on wildly improbable scenarios that seem intended to drive viewers into a state of fear and paranoia (especially in regard to the current presidential administration, which is working hard to correct for eight years of socioeconomic malfeasance by the previous occupant). The future is not something that we should be afraid of perpetually or have to fight against. From the February 20 program:

Let’s look at our first scenario. It’s the financial meltdown. The year is 2014.

All the U.S. banks have been nationalized. Unemployment is about between 12 percent and 20 percent. Dow is trading at 2,800. The real estate market has collapsed. Government and unions control most of the business, and America’s credit rating has been downgraded.

Stephen Colbert calls Beck on the b.s., and wonders how the U.S. Army would fight a werewolf Congress: 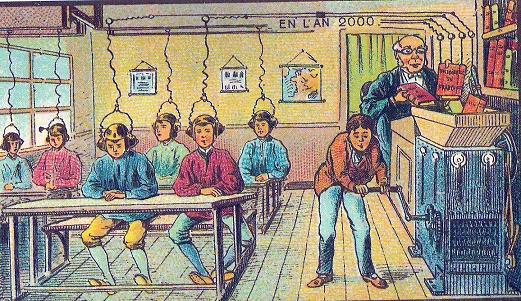 Ray Kurzweil on the Daily Show