I am delighted to announce that Maya Frost will join Education Futures this week as a guest blogger.

Maya Frost has taught thousands of people how to get calm, clear and creative. Her eyes-wide-open approach to everyday awareness has been featured in over a hundred print and web media outlets worldwide, ranging from Ladies’ Home Journal to MSNBC.com. In 2005, she and her husband sold everything and left the US. The unusual part: they had four teenage daughters at the time. Her book, The New Global Student: Skip the SAT, Save Thousands on Tuition, and Get a Truly International Education, is packed with the lessons they learned (and loopholes they discovered) that ANY US student can use to completely avoid the traditional path to that college degree and blast forward with sizzling 21st century skills, a sparkling college diploma, flaming enthusiasm–and no debt. (Random House, May 2009)

For the week of October 12, Dr. Jayson Richardson will return to Education Futures as a guest blogger. (I will be away in China.)

Jayson is an Assistant Professor of Educational Leadership in the Watson School of Education at the University of North Carolina Wilmington. His research interests include international / intercultural education and global school leadership. He is particularly interested in how nations and societies can find innovative ways to build a 21st Century knowledge-based workforce.

Jayson has served as a project manager / consultant on various educational technology grants with Seward Incorporated out of Minneapolis, MN. He has also worked as a mathematics teacher on the Navajo Indian Reservation, in inner-city Indianapolis, and in East London, UK. At various levels, he has been involved in international teaching, international service learning, and intercultural education for over 14 years. Jayson earned is PhD in comparative and international development education from the University of Minnesota, a master’s degree in curriculum and instruction / English as a Second Language from Indiana University, and a bachelor’s degree in mathematics education / Spanish from Purdue University.  (You can view his UNCW faculty profile here.) 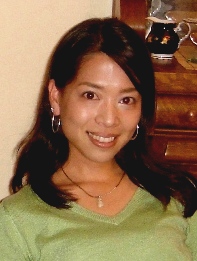 Ai Takeuchi recently completed her doctoral dissertation at the University of Minnesota in the Department of Educational Policy and Administration. Her research interests focus on international development with a special interest in gender issues and international study and training. In her study, Dr. Takeuchi explored the issues related to post study-abroad for Asian women.

She has lived and worked in multiple countries, including Thailand, the U.S.A., and her native country, Japan. Her work experiences include both governmental and non-governmental organizations, mainly in the fields of international aid and development. 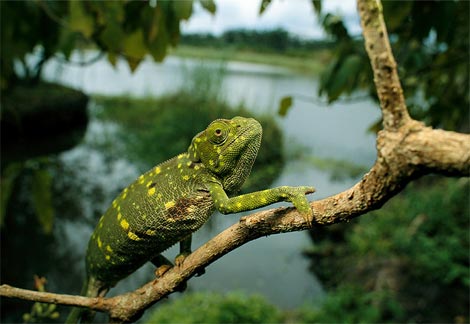 Famous for changing the color of their skin, chameleons are more like mood rings,
with their color changes reflecting mood, temperature, light, and other stimuli.

Based in the analysis of Hatano (1982), Brophy, Hodge, Bransford (2004) wrote a short and interesting work in progress where they analyzed the idea of adaptive expertise as the “ability to process information quickly and identify solutions to common problems as a display of competency in a particular skill and/or depth of domain knowledge”.

Considering the accelerating changes of the present and the unpredictable chaotic up coming future, the authors describe the importance of empower “learners to have flexible knowledge that allows them to invent ways to solve familiar problems and innovative skills to identify new problems. We suggest that the more desirable definition of expertise relates to students ‘adaptive-ness’ to identifying and solving novel problem”.

This adaptive expertise is based in the idea that “without a fluent and flexible use of knowledge a person will not be able to identify and expand on that creative idea”, that’s why the “life long learning and adapting to new situations is a critical component to succeeding in the workplace and in personal affairs”.

With pedagogic models established in the 19th century, teachers who were born during the 20th century and students from the 21st century the society (schools, enterprises, governments) demands citizens able to develop “innovation skills that will assist in their abilities to solve routine problems and identify new problems”. This kind of expertise will allow “the ability to identify new opportunities in this continuously transforming environment for change that make them more productive and profitable”.

Instead of routine experts our Learning Society requires citizens “who begin by identify what they know about the problem and what more they need to define in order to solve the challenge. The learner expands on these thought first by comparing them with their peers, then comparing them with experts familiar with aspects of the initial challenge”.

Dr. Cristóbal Cobo, professor and director of communications at FLACSO-México is joining Education Futures over the next week or so as a guest blogger. He is no stranger to blogging, and is the author of e-rgonomic, which explores human-web interactions.

Cristóbal studied his Ph.D. in the Universidad Autonoma de Barcelona. In addition he has been teacher of the Universidad Nacional Autonoma de México, Instituto Tecnologico de Estudios Superiores de Monterrey and Universidad de Colima. In Flacso he manages projects related to innovation, distance education and knowledge management supported in the information and communications technologies. Recently, he’s been researching knowledge, “collective intelligence,” the “architecture of participation,” and the phenomenon of “wisdom of crowds” and its application in the learning environment.