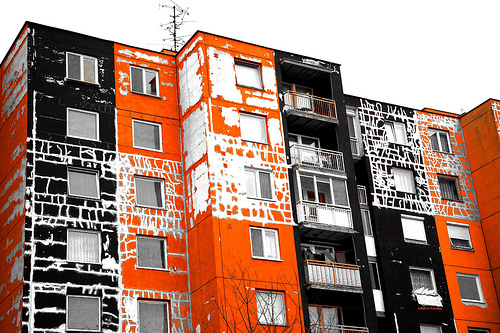 From the report’s description:

So where does America stand relative to its position of five years ago when the Gathering Storm book was prepared? The unanimous view of the authors is that our nation’s outlook has worsened. The present volume, Rising Above the Gathering Storm, Revisited, explores the tipping point America now faces. Addressing America’s competitiveness challenge will require many years if not decades; however, the requisite federal funding of much of that effort is about to terminate.

Rising Above the Gathering Storm, Revisited provides a snapshot of the work of the government and the private sector in the past five years, analyzing how the original recommendations have or have not been acted upon, what consequences this may have on future competitiveness, and priorities going forward. In addition, readers will find a series of thought- and discussion-provoking factoids–many of them alarming–about the state of science and innovation in America.

In this video from The UpTake forwarded to Education Futures from Bring Me the News, President Obama speaks on the relationship between education and national competitiveness (you can skip the introductions and jump to his talk which begins around 6:20 into the video):

President Obama: “So make no mistake: Our future is on the line. The nation that out-educates us today is going to out-compete us tomorrow. To continue to cede our leadership in education is to cede our position in the world. That’s not acceptable to me and I know it’s not acceptable to any of you. And that’s why my administration has set a clear goal: to move from the middle to the top of the pack in science and math education over the next decade.”

Okay, so science and math education are important, but isn’t building a creative and innovative workforce important, too? Can we create a “race to the top” for creating meaningful innovations in education? All children left behind

In our first post this week on the United States’ unstable orbit around mediocrity, we present a short set of slides on how No Child Left Behind is endangering America’s ability to compete academically. (To view a larger version, download the file here.)

| View | Upload your own

Next week, we will focus on what some people are doing about it. 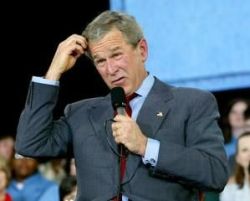 The Boston Globe assembled a list of “eight reasons why this is the dumbest generation.” They write:

Author Mark Bauerlein aims to provoke in his new book, “The Dumbest Generation: How the Digital Age Stupefies Young Americans and Jeopardizes Our Future” (Tarcher/Penguin). Do you agree? Take a look at eight reasons the Emory University English professor gives to ”not trust anyone under 30” — see which you think is the best.

The root of the problem seems to be embedded in our culture. Given the long tradition of anti-intellectualism in the United States, I somehow doubt that digital technology is responsible for stupefying Americans, as Bauerlein suggests. Digital technologies simply make it easier for us to learn about how much more intelligent many other people might be, and how Americans are losing their knowledge-based competitive advantage. The key is in how we use these technologies. If we use them to continue our tradition of anti-intellectualism, then it only seems reasonable that we should expect the production of mediocrity to expand.

This week, Education Futures will focus on America’s unstable orbit around mediocrity. Next week, we will focus on what some people are doing about it.

A few days ago, Minnesota Public Radio‘s Gary Eichten shared a clip of Duke’s Vivek Wadhwa, speaking about his research on the effects of globalization in the United States:

After researching the impact of globalization on U.S. competitiveness in the tech industry, Vivek Wadhwa was surprised to see his findings contradict commonly-held ideas. He recently discussed his research at the City Club of Cleveland and the policies he says are taking the U.S. in the wrong direction.

He states that we need not worry about a shortage of scientists and engineers in the U.S., despite alarms sounding off to the contrary by public policy leaders. If we provide incentives for U.S.-educated foreign nationals to remain in the country rather than requiring them to leave after they complete university studies, we can build and maintain the human capital required to remain competitive in the 21st century. For more, listen to his talk at the MPR website…

(Thanks to Carole Gupton for forwarding this item.)