Viewing posts from the Globalization category

Two-Way Immersion is Twice As Good

An innovative program offered in some Massachusetts elementary schools is giving kids a chance to become bilingual early—and learn from each other.

This story in the Boston Globe describes how the program, which begins in kindergarten, mixes native English speakers and native Spanish speakers and teaches all subjects in both languages. The article states:

According to parents and educators, two-way foreign-language immersion is giving students a rare opportunity to break down social barriers. And although test scores are likely to lag in the early grades as students grapple with grammar, vocabulary, and math in two languages, they are more likely to outperform other students on high-stakes tests in middle and high school, educators say.

Let’s look at what we already know:

1) Kids learn new languages at the age of six far more easily and quickly than at 16.

2) About 45 percent of all kids in US elementary schools are minorities—and that number will be growing in the years ahead.

3) School districts across the US are recruiting teachers from abroad, many of whom are native speakers of languages other than English.

4) An increasing budget item in many school districts is the ESL program that focuses on teaching non-native speakers of English in a setting separate from the native English speakers.

5) As a nation, we recognize that having our kids speak a foreign language fluently will be a distinct advantage in the global economy.

7) Developing a greater awareness and appreciation of other cultures at a young age results in a more global perspective and better communication skills.

At a time when we are facing overwhelming challenges and budget cuts in our schools, we need to look at new ways to both support and leverage our key players–teachers and students. If we want our kids to have an education that provides them with relevant skills, we need to start by recognizing that we have a remarkable resource for language and cultural learning in almost every school in the country: kids who are native speakers of other languages. By using bilingual curricula and native-language teachers in the early grades and encouraging kids to communicate with each other in two languages in all subjects, we can easily expand the number of US students who become both fluent in a foreign language and fully cognizant of the cultures represented right in their own community.

Some solutions are just so darned obvious. By relaxing our ideas about early achievement testing, reconsidering our emphasis on high school foreign language requirements and focusing instead on two-way language immersion in elementary schools, we can create a generation of kids who are beautifully prepared for life in a multicultural world—whether they stay in the US or choose to live and work abroad.

(Guest post by Maya Frost, author of the forthcoming book, The New Global Student:  Skip the SAT, Save Thousands On Tuition, and Get A Truly International Education)

I just got an email from an intl ed colleague that made my day! I have inspired someone in the field to explore social media/networking. 🙂 [elaborated here]

This got me thinking. In international and intercultural education programs, most practitioners are entirely missing opportunities with social media –the blending of technology, social interaction, and the co-construction of new knowledge (crowdsourcing). Blending innovative technologies with these programs seems to be the exception and not the norm. Popular social media technologies today are largely centered around the “Web 2.0” universe: Blogs (i.e., Education Futures), microblogs (i.e., Twitter and Jaiku), social networks (i.e., MySpace and Facebook), instant messaging with audio/video conferencing (i.e., Skype), virtual reality (i.e., Second Life), and a growing list of other innovations.

What social media means for…

Social media will not be the last innovations to pressure the transformation of international and intercultural education programs. To survive, these programs need to incorporate a new culture that allows continuous transformation toward opening themselves –and embracing– new, transformative technologies.  Culture change is difficult thing to do.  At least interculturalists are experts at it!

Brooks on the "Cognitive Age" 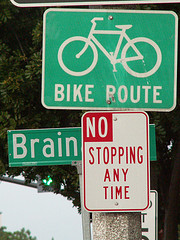 David Brooks wrote an excellent op-ed piece in today’s New York Times. He states that individuals cannot be successful in a globalized world without building advanced capabilities to transform information into meaningful knowledge:

The globalization paradigm leads people to see economic development as a form of foreign policy, as a grand competition between nations and civilizations. These abstractions, called “the Chinese” or “the Indians,” are doing this or that. But the cognitive age paradigm emphasizes psychology, culture and pedagogy — the specific processes that foster learning. It emphasizes that different societies are being stressed in similar ways by increased demands on human capital. If you understand that you are living at the beginning of a cognitive age, you’re focusing on the real source of prosperity and understand that your anxiety is not being caused by a foreigner.

What do you think?

Charles Leadbeater, Debbie Powell and Tim Cowie assembled a short video based on Leadbeater’s We-think book, which “explores how the web is changing our world, creating a culture in which more people than ever can participate, share and collaborate, ideas and information.”

(Thanks to Cristóbal Cobo for the link.)

From a recent article from Inside Higher Ed:

For all the hyperbole, facts about what’s actually happening on the ground in China can be hard to come by. A new study by economists at universities in Canada, New Zealand and China aims to document what its title calls “the higher educational transformation of China and its global implications,” collecting in one place statistics and other information about enrollments, demographic changes, numbers of colleges and faculty publishing, among other categories.

From the working paper‘s abstract:

The number of undergraduate and graduate students in China has been grown at approximately 30% per year since 1999, and the number of graduates at all levels of higher education in China has approximately quadrupled in the last 6 years. The size of entering classes of new students and total student enrollments have risen even faster, and have approximately quintupled. Prior to 1999 increases in these areas were much smaller. Much of the increased spending is focused on elite universities, and new academic contracts differ sharply from earlier ones with no tenure and annual publication quotas often used. All of these changes have already had large impacts on China’s higher educational system and are beginning to be felt by the wider global educational structure. We suggest that even more major impacts will follow in the years to come and there are implications for global trade both directly in ideas, and in idea derived products. (emphasis added)

Given the explosive growth of Chinese higher education –and potential effects on social, cultural, and economic transformations, it is not surprising that the impact has not been probed. Change may be occurring far faster than researchers and policy directors can measure.

(Thanks to Tom Abeles for forwarding the source article.) 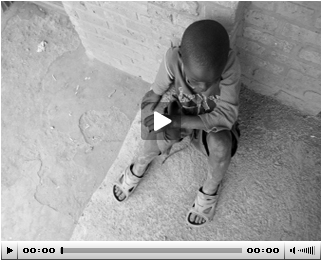 From UNESCO’s Communication and Information Sector’s news service, the conference centered on the development of knowledge societies, and:

Did you ever wonder?

Bill Farren, a technology integration facilitator in the Dominican Republic, created a response to Karl Fisch’s Did you know? slides:

How is preparing students to enter an economic and industrial system that is at war with itself preparing them for the future? Wouldn’t we be better off educating people so that they can improve their chances of living well on a planet with a finite biosphere? Shouldn’t the purpose of an education have to do with living well, not with supporting economies?

In other words, in an education world dominated by measurement regimes, are we missing something?

Special thanks to John on showing how a paper cup is a technology (see post). Here is a small demonstration of the Open Seminar 2.0 conference and the emergence of M-Learning (mobile learning) era. This is a success story for the intelligent use of domestic mobile ICT and education. [Idea: Edwards Bermúdez] 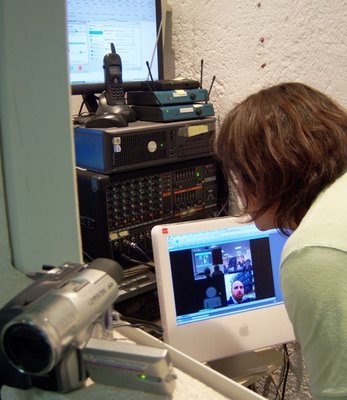 [Marduk in his impressive connections tower in the middle of an English-Spanish conference: USA, Ecuador and Mexico]

Following-up from yesterday’s post on the characteristics of co-seminars, here’s a taste of what they 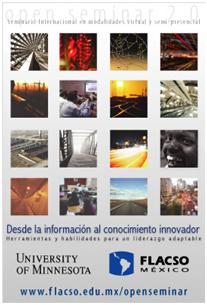 This joint co-seminar, organized between the University of Minnesota, FLACSO-México, FLACSO-Chile and the Universidad Técnica Particular de Loja is an “open seminar” – that is, with permission from the students and collaborating institutions, all course content and most of the interactions are available online through the course content management system and blogs for each of the participating institutions (see the class blogs for UMN, FLACSO-Mex, FLACSO-Chile, and UTPL).

The four institutions connected each work through a different syllabus, but we meet virtually to discuss intersecting points of interest related to various knowledge formats, knowledge management, etc. In this co-seminar, we chose to post mini-lectures online, which are available in both English and Spanish (see Spanish and English examples of this week’s video). Students then bring their questions to a bi-weekly video conference (and Skypecast) for discussion. To compensate for instances where technology breaks down, podcasts of recorded discussions are made available for download, and instructor responses students’ questions are made available as YouTube or Google Video:

So, what makes co-seminar experiences different from other online or in-person learning options? I’ll post more reflections as the seminar continues, but several key areas have already emerged:

More on co-seminars coming up over the next few months…