A lot has happened in the past

A lot has happened in the past week, and I feel that bits and pieces are coming together to form a huge break from the mainstream in human capital development in the Netherlands. In brief:

On Monday, I visited TEDxDelft at TU Delft. The day was very well organized and included a selection of talks from a book maker, an astronaut, constructors of a high tech opera, a parkour exhibition, and a talk by Marcel Kampman on how to close what he calls the Dream Gap. Marcel provides 9 ideas to tackle the issue, including re-organizing TED so that it it focuses on T-shaped approaches to EDucation (hence, T-ED), that work to connect people-to-people in knowledge creation and sharing. Smart idea. 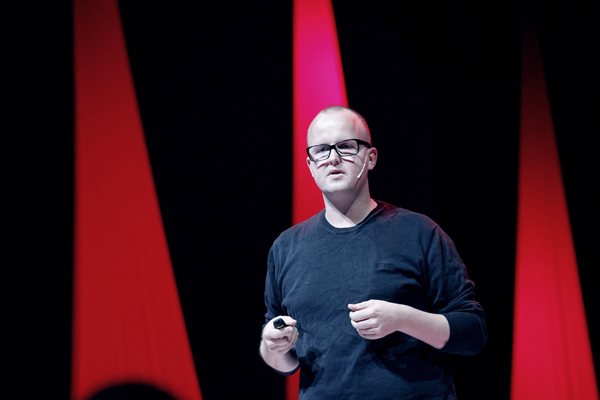 During the lunch break, Marcel and I also got together and recorded videos for each others projects. Here’s what I had to say for the Dream School initiative he’s playing a major role with for Stad & Esch:

(I’ll post my video interview with Marcel in a future post, which will include his TEDxDelft talk, as soon as it becomes available.) 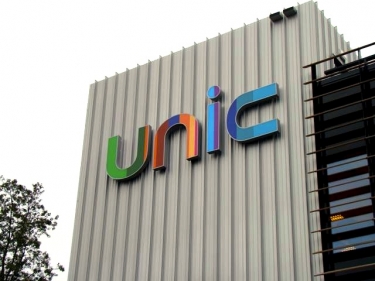 On Tuesday, I visited the UniC school in Utrecht, which flips the use of technology in the classroom around to allow students to engage in learning activities that enable them to follow their own passions and interests. They bring in their own laptops or tablet devices, and spend their time on individual and team learning projects that are guided by faculty that do more to attend to their learning rather than trying to manage it. Jelmer Evers showed me around, and explained that because higher level students are required to take a standardized learning exam, they must unlearn everything the school has taught them so that they can complete the tests in an industrialized manner. Jelmer writes about this difficult situation on his blog, and fears an NCLB-like nightmare in the Netherlands may be emerging:

So far so good. If it was up to a lot of teachers and students, learning would take place more outside of the school as well. But reality is different of course. That’s where the inspection comes in. The education inspection is an organization which visits schools. In general it sees to good educational practice and particulary it audits “weak” schools which produce bad grades, most notably exam results. We’re a new school and those results are continuously improving. So in the end I think we’ll do fine (and our students better in the ways that count as well). The thing is, a lot of the skills that we focus on aren’t captured in the official results and a lot of people are scrutinizing us to see if we will be able to produce these results. We had a real nice discussion with the inspectors of course and they were very generous, but in the end it is the “result” that matters. In fact there is an ever increasing focus on results and testing, like in the United States. 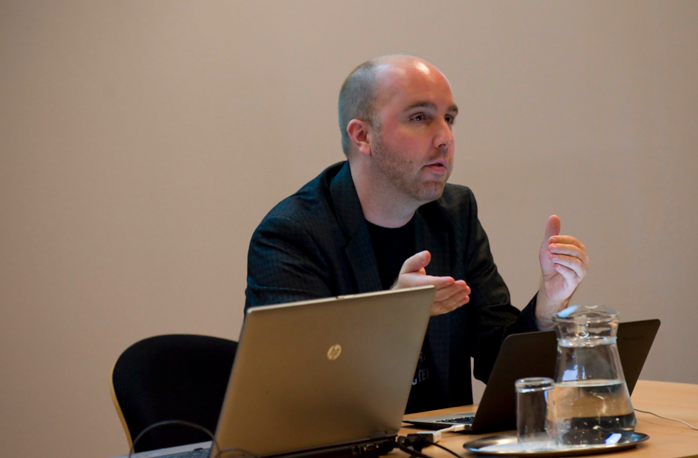 Wednesday centered on a collaborative workshop at the Third National Self-Organization Day, organized by Stichting Zelforganisatie in Rotterdam, with Edwin de Bree and three students from the Sudbury education schools in the Netherlands. I spoke about Invisible Learning, and Edwin moderated a panel discussion and “speed dating”/Q&A session between the students and the workshop participants. Later in the day, Ronald van den Hoff gave a talk on his vision of Society 3.0. One interesting projection I took with me: He projects that 45% of the workforce will be comprised of knowmads or engaged in knowmad-like work. 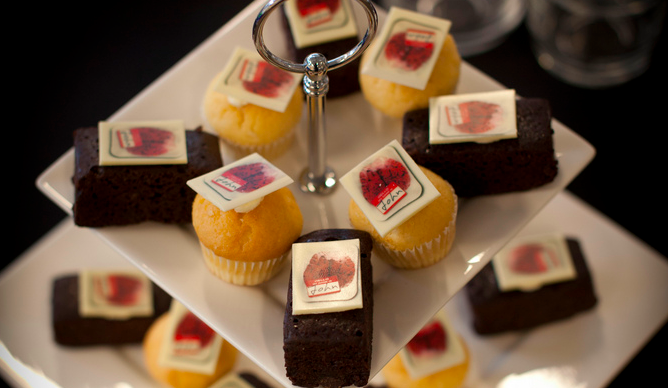 On Thursday, my journey continued with a visit to the NHL Hogeschool in Leeuwarden for a day-long workshop on Knowmad Society and Invisible Learning, entitled “MEAT with John Moravec.” The group of faculty and students at NHL, lead by Jooske Haije, was a lot of fun to work with, not only because they are working to implement ideas from Invisible Learning and Knowmad Society into their own institution, but also because the group were excited to remix and share new ideas. I was delightfully surprised to find that they had made morning snacks out of the brain imagery that Cristóbal Cobo and I originally intended to use for the cover of our Invisible Learning book. The faculty are fired-up on making invisible learning visible, and I look forward to hearing about they will present from the workshop to an assembly celebrating the school’s 40th anniversary later this month.

Later, in the afternoon, I joined the Otava Folk High School in Finland for a talk on Invisible Learning via Adobe Connect:

On Friday, we began to bring all these pieces together. Ronald van den Hoff hosted a round table on education in Society 3.0 at Seats2Meet in Utrecht. In the world of educational innovation, with various stakeholders and initiatives largely operating independent of each other, we recognized a need to better connect and integrate the work and thinking of all key players — including students. With interim futuring activities to keep us thinking and acting, our group will again meet in January and March to plot next steps. Already, Ronald has pledged in-kind support from Seats2Meet International to support the initiative, coordinated by Annemarije Bakker, so I am quite optimistic about what we may accomplish in the coming months. 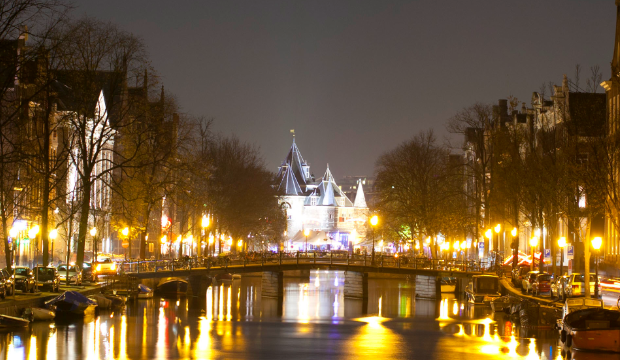 During the second half of the day, I traveled to Amsterdam with Thieu Besselink for a quick visit to the Waag Society and the Creative Learning Lab, where they have recently released a book entitled Open Design Now: Why design cannot remain exclusive. As they describe it, the book:

surveys this emerging field for the first time. Insiders including John Thackara, Droog Design’s Renny Ramakers and Bre Pettis look at what’s driving open design and where it’s going. They examine new business models and issues of copyright, sustainability and social critique. Case studies show how projects ranging from the RepRap self-replicating 3D-printer to $50 prosthetic legs are changing the world.

Finally, upon hearing that Otto Scharmer was visiting Amsterdam, I crashed the final minutes of the Crossing the Tipping Point congress: 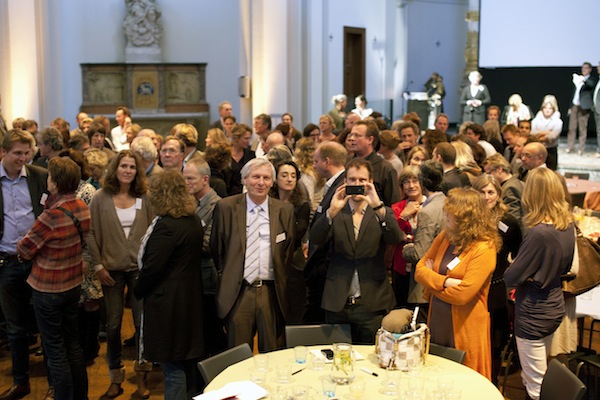 I apologize to anybody that may have been upset that I didn’t register before stoping by (I wish I had known about the event sooner!), but I really enjoyed meeting all of you. 🙂

Throughout Northern Europe, and, in particular, in the Netherlands, I sense a real push for creating educational reforms that will enable the countries to leapfrog beyond old industrial paradigms to 21st century innovation and knowmadic paradigms. In these countries where education policies are so deeply rooted in the old Prussian tradition that aims to produce loyal factory workers and government bureaucrats, perhaps we can also find the greatest potential for meaningful change and leadership in developing Society 3.0.

The stars seem to be aligning for this shift. And, when it happens, it will be big. The right people are connecting to bring new ideas to the table, and are generating new ways for generating positive futures. For leading, facilitating, and hosting many of these conversations, I extend my greatest gratitude especially to Seats2Meet International, Ronald van den Hoff, Iris Meerts, Jooske Haije, and Edwin de Bree. Thank you for making this happen!

Knowmads and the next renaissance

Whose crazy idea is it anyway?