We return from our reduced summer publication 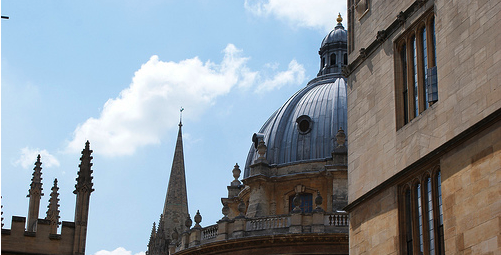 We return from our reduced summer publication schedule — this week, we will focus on some highlights of what others talked about while we were away. Today, we start with a look at higher education:

First: Writing for the New York Times, Jacques Steinberg ponders on whether the standard length for undergraduate programs should be shortened to three years — a move that could put a dent into the cost of higher education. Building from UPenn professor Robert Zemsky’s call for three-year programs, Steinberg writes:

The idea of a three-year degree has already won support. On Monday, The Arizona Republic reported that “Arizona State University wants to develop a network of lower-priced colleges where students could earn bachelor’s degrees in just three years.” The article added that “the plan, which could cut the cost of a degree by about 40 percent, or $11,150, goes before the Arizona Board of Regents on Thursday for discussion, although the board won’t vote until later this year.”

Second: Writing for the SFGate, Carole Lloyd observes that “Online education, long an ugly duckling of the ivory towers of the world, is coming into its swan years.” Of particular interest:

Vicky Phillips, founder of GetEducated.com, which rates online education degrees and filters out diploma mills, says that in the past 12 months, she has seen an 18 percent increase in enrollment inquiries for online college degrees on her Web site – with the strongest increase in associate degrees and certificates.

Moreover, Lloyd noted that “the Department of Education released a study suggesting that a mix of online and face-to-face education produces the best learning outcomes. Exclusively online education proved slightly more effective than only face-to-face learning.”

Read more at SFGate and check out the Department of Education’s meta-analysis of the online vs. in-person spectrum.