Last Wednesday, I sat down for an 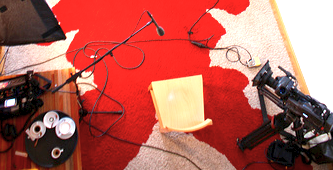 Last Wednesday, I sat down for an interview by Rob Wijnberg for VPRO’s Tegenlicht (Backlight) at the Lloyd Hotel in Amsterdam. For the episode that is to air on March 23, the question was asked, “what do education systems need to do to excel in the 21st century?”

The program first interviewed Frank Furedi, who argued that education revolves too much around making children happy, focuses too much on their feelings and social interaction, and does little to facilitate knowledge acquisition. Teachers, he argues, spend too much time as the “guide on the side” and needs to act more as the “sage on the stage.”

They then talked with Robbert Dijkgraaf, president of the Royal Dutch Academy of Arts and Sciences. He discussed Holland’s “New Learning,” where children sit in groups, where the teacher serves as a coach, and where students direct their learning. In this environment, concern is expressed that the role of teachers is undermined as passive people, lacking authority.

Then, I was interviewed. We discussed the differences between Societies 1.0 through 3.0, and the implications for education. I think Rob wanted me to say that both Furedi and Dijkgraaf are wrong about future needs for education. I suspect he’s right, but I tried to avoid saying that because we simply do not know what the future will be like. I did suggest, however, that we focus on teaching kids a set of New Basics. A few more key points:

VPRO typically posts their episodes on YouTube. Watch for it later in March!

VPRO posted further details on the episode at http://www.vpro.nl/programma/tegenlicht/afleveringen/41571707/.

On the approaching Singularity