Another m-learning hopeful comes to the U.S.

Another OLPC competitor has entered the U.S.

Another OLPC competitor has entered the U.S. market. This time, Hewlett Packard Co. is releasing a lightweight “Mini-Note” line of notebook computers. Each unit weighs less than 3 pounds with a screen that measures 8.9 inches diagonally. A Linux-based model is available for under $500. According to an AP article, the devices are not being positioned for large-scale deployment in the developing world:

The Mini-Note will compete primarily with Intel’s Classmate PCs — which are designed by Intel and feature Intel chips but are built and branded by other companies — and Asustek’s Eee PC.

To a lesser extent, they also will go up against the XO laptop from the Cambridge, Mass., nonprofit One Laptop per Child, which is intended primarily for schoolchildren in developing countries. 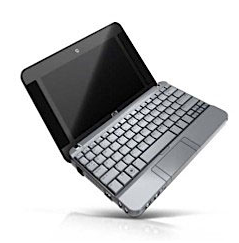 Fifth grade for the 21st century