First, CNN reports that over 60 educational organizations are using Second Life to explore how to promote learning in the virtual world. Whereas there is a concern that mainstay online education providers do not provide a sense of community or social interaction, virtual, three-dimensional online communities may fill the need:

John Lester, community and education manager at Linden Lab, the creator of “Second Life,” echoed that view. “There is a real human being behind every avatar — the people are very real. It’s just the medium is different,” he said.

Second, New Scientist reports that a flood of self-replicating objects in the online world have created a “grey goo” that overwhelmed the servers:

The trouble began with the appearance of a virtual gold rings in several areas of the virtual world. As users touched these rings, they starting replicating wildly and, eventually, the servers on which the game is hosted began creaking under the strain of the additional activity. 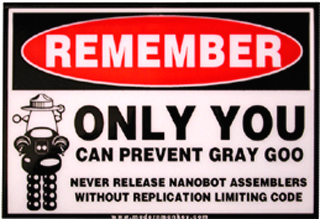